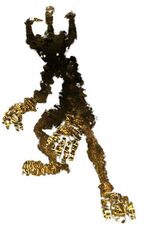 Gestalts, nicknamed Shades by the Replicants and dubbed Demons or Monsters (マモノ, mamono) in Japanese, are a type of creature and enemy in NieR RepliCant and NieR Gestalt (NIER). Though they are at first thought to be nothing more than evil beings, they are more human than they seem.

Shades are actually the souls of the original humans, who lived until around 2053 (2049 in NieR Gestalt). During Project Gestalt, these souls were separated from their bodies as a way to survive the incurable White Chlorination Syndrome, a deadly contagious disease, which threatened humanity with extinction at that time.

These Gestalt forms were meant to be temporary until the threat would eventually disappear from the world by itself. Then the Shades would have been fused with their corresponding living shell, known as Replicants. However, due to a technological defect during the transformation process, the Replicants eventually developed a consciousness of their own and subconsciously rejected their fate as mere shells. Gestalts lost access to their bodies.

Due to the relapse phenomenon Shades could become hostile and aggressive monsters, which are encountered throughout the game.

Replicants and Gestalts can retain their sapience due to the existence of the Original Gestalt, who is known only as the leader of the Shades, or Shadowlord, by Replicants. 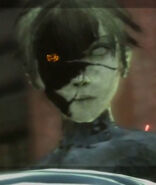 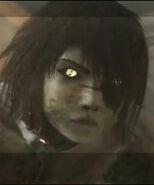 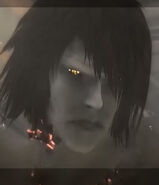 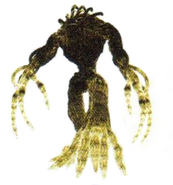